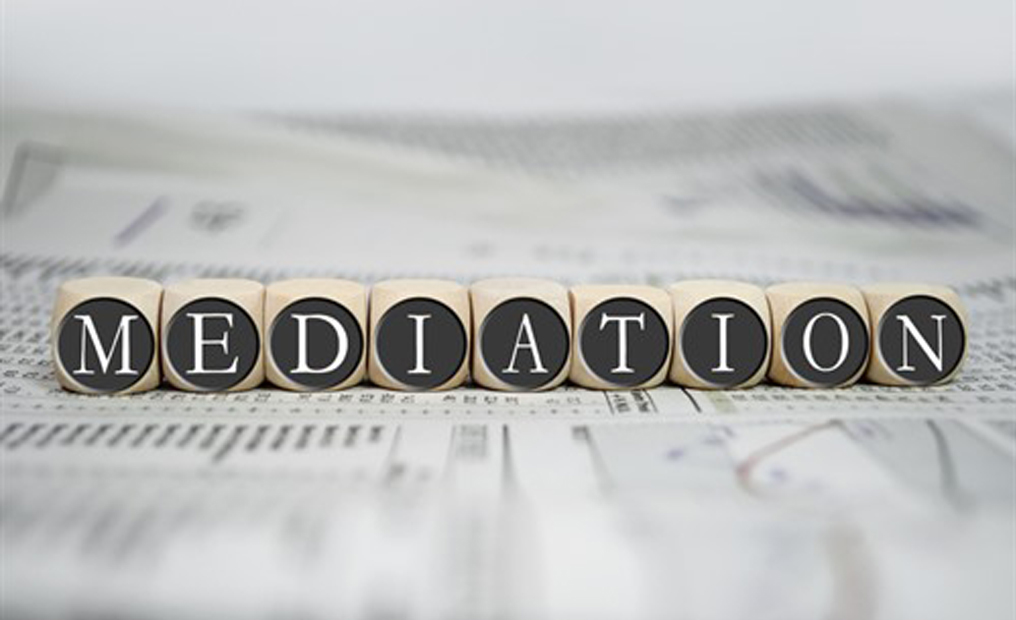 Introduction.
It is estimated that around 98% of all civil cases settle before trial. There are many factors that lead parties to settle, but one of the biggest factors is the availability of cost effective mediation. Mediations are informal meetings where a neutral third-party (typically a lawyer or a judge) attempts to reach a voluntary resolution between the parties. Every plaintiff in an employment case should consider and raise with opposing counsel the idea of mediation early and often, because mediation allows you to get the case over with and move on with your life. The value of this to you as a human being cannot be overstated. It is important for you to understand what occurs at a mediation.

What is Mediation?
A mediation is a meeting between the parties, their lawyers, and a neutral third-party called a “mediator.” Witnesses who are not parties will not be there. However, for mediation to work, every party to the lawsuit must be present. In other words, your attendance is mandatory. The mediation usually takes place at the mediator’s office or one of the lawyers’ offices, or if a judge is the mediator, in the judge’s chambers. Most often in Georgia, and particularly in federal court, parties will attend a mediation voluntarily, with each party agreeing to participate in hopes of settling the case. But mediation can also be ordered by the Court. Even if mediation is not “ordered” by the Court, the Court often leans heavily on parties to attend at least one mediation before their trial date is set. A mediation in employment matters generally takes a full day (from 9 a.m. until 5 p.m. or later if progress is being made towards a resolution). Usually, if an agreement is to be reached between the parties, it does not occur until later in the day once each side has invested a good deal of time and energy at the mediation. Mediation is purely an avenue to get all the parties to realistically consider the real value of their case and then agree to compromise based on viewing certain facts or events in a new way.

What Mediation is NOT.
Mediation is NOT a forum for deciding your dispute. The mediator will not make a decision or make any suggestions to the Court as to who should prevail. The mediator is merely a neutral negotiator. The mediator does not render a decision at the end of mediation; instead, mediation leaves the control of the outcome — i.e., the actual settlement of the dispute — to the parties. This is different from federal court where the judge, jury or appeals panel decides the case.

Nor should you expect an apology from your employer at mediation. The mediator’s job is to help the parties see the strengths of the opposing party’s case and the weaknesses of your own case, and propose possible ways in which the matter could be settled before trial. During this process, the mediator may make specific recommendations on what may constitute a reasonable settlement range.

What Occurs At the Mediation.
Every mediator handles the process differently. But typically, a mediation is conducted at the mediator’s office. Often, the parties are initially placed in the same room for a brief opening statement from each party at the outset of the mediation. Many mediators are moving away from this model because it tends to polarize the parties instead of bringing the parties closer together. This is something that you and your attorney should discuss prior to the day of the mediation. If you as the Plaintiff give an opening statement, it generally will be done by your attorney. But opening also provides you with an opportunity to speak if you would like to be heard. After the opening, or if no joint session is to take place, each of the parties is placed in a separate room and the mediator takes turns talking to each party by going from room to room for the remainder of the day.

A good mediator will listen to you and your lawyer and comment on the strengths and weaknesses of your case. The mediator, however, is not there to make a decision. Rather the mediator will expect one of the sides to start the process by making an initial offer to compromise the case, or make the next move in negotiations that began before the mediation. That initial offer will then be conveyed to the opposing party and a counter-offer will usually be made. This process of negotiation continues until either a settlement is reached or the mediation ends without settlement.

Perhaps the most important factor in settling a case is having a realist expectation regarding the value of your case. When determining case damages, the mediator will generally look at what can be recovered under the statute at issue. Defendants will often look at the Plaintiff’s lost wages as the basis for determining the value of the case. If you were unemployed for only a few weeks or even a few months, your case will be valued lower that a co-worker earning the same money that is out of work for more than a year. Nevertheless, you have a duty to look for work.

Ultimately, if a case is not settled, a jury will decide the case value. Jurors are strangers. They have differing beliefs and attitudes. They are often suspicious of people who bring law suits. This is especially true where there is minimal lost pay and fringe benefits. You are not going to get the huge verdicts given in California or other more employee friendly states. You should listen to your attorney and to the mediator about what may be a realistic case value.

The Company is not going to agree to pay more than what it feels the average case like yours is worth. What you want or need is not the criteria. The settlement value has nothing to do with you personally. Your employer is making a business decision about whether or not it makes sense for them to settle. This is particularly so when there is an insurance company involved.

No one has a crystal ball. No one knows for certain what a jury will do at trial. However, the attorneys, the mediator and the Company have a great deal of experience and have a pretty good idea of what is likely to happen. However, there are always risks for both sides in going to trial. If the case is not settled, you may recover less after a trial. If you lose, you might have to pay costs to the other side. You should take all of these factors into consideration in deciding upon what would be a reasonable settlement.

Confidentiality
Under the Federal Rules of Evidence, anything said by a party at mediation is strictly confidential. The mediator is under a duty not to disclose anything you say to the other side unless you specifically grant the mediator permission to do so. Even if the mediator does disclose information to either party, that information is still confidential as between the parties and cannot be used for any purpose in the case after the mediation. For example, one party may admit to something during the mediation process that is disclosed, with permission, to the other side. If a settlement is not reached, that admission could NOT be used for any purpose in the case.

What Happens if An Agreement is Reached?
If the parties are able to reach a compromise, then the agreement is usually reduced to writing at the mediation by the parties’ attorneys, and then signed before anyone leaves. In cases involving wage and hour claims under the Fair Labor Standards Act (FLSA), the settlement agreement will need to be approved by the Court. The settlement agreement usually includes a full release of all claims by all parties, meaning that the lawsuit is done and over once and for all. Other key provisions that the Plaintiff will likely have to agree to as part of the settlement, especially if it involves a private employer, is an agreement to keep the terms confidential, an agreement never to reapply for work with the Employer, and an agreement not to speak negatively about your former employer.

What Happens if No Agreement is Reached?
If an agreement is not reached at the mediation, then the parties continue the lawsuit just as they did before going to mediation. That means discovery (such as depositions and written discovery) continues and the case is prepared for trial in Court where the final determination will be made either by a judge or jury, depending on the type of case you have. In virtually every employment case, the defendant will file a Motion for Summary Judgment after all the depositions are complete and documents are exchanged. In some jurisdictions, particularly the Northern District of Georgia, the courts grant these motions in an unusually high percentage of cases, causing all or part of your case to be thrown out. Even if the motion is denied, the summary judgment process will delay your case by at least six (6) months. The summary judgment impediment is something you must discuss with your attorney at the time of any mediation.

You should look upon the mediation as an opportunity. Hopefully, the case will settle. But even if it does not, the time will not be wasted. You will learn what concerns the Defendant (or its insurance company) has with your claim and how they are likely to defend against it. You will receive a neutral evaluation of your case from an outsider, the mediator, which will give you some insight into how a jury is likely to perceive your claim.